Posted on 05/21/2021 Categories: Press Releases Comments are off for this post 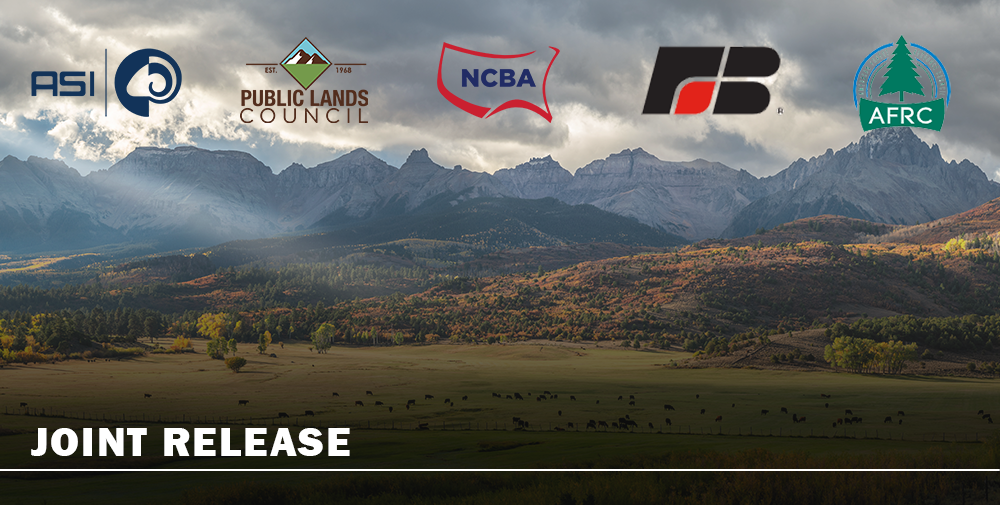 WASHINGTON (May 21, 2021) – This week, a coalition of agriculture and forestry groups — including the American Farm Bureau Federation, the American Forest Resources Council, the American Sheep Industry Association, the National Cattlemen’s Beef Association, and the Public Lands Council — filed motions in court in defense of delisting the gray wolf under the Endangered Species Act (ESA).

Three cases filed by environmental and animal welfare groups in the U.S. District Court for the Northern District of California challenge the final delisting rule issued by the U.S. Fish and Wildlife Service on November 3, 2020. The coalition is defending the delisting because it recognizes the successful recovery of the wolf, and enables responsible wildlife management and protection of private property by farmers, ranchers, and forest resource users.

The coalition provided the Court with personal stories that illustrate the harm inflicted by unchecked wolf populations on livestock ranchers and farmers, natural ecosystems, and other wildlife. Cattle producer Joe Wilebski from Kittson County, MN, states that he lost 26 calves to gray wolves in a single year, and other cattle have been permanently maimed by wolf attacks.

“In addition to the outright killing and maiming of calves, gray wolves have a stressing effect on my remaining cattle that reduces their economic viability,” stated Wilebski. “Waking up in the morning, I often wonder how many cattle are dead or missing due to gray wolf depredation. It has been a nightmare.”

Since being listed under the ESA in 1974, the gray wolf has exceeded recovery goals by more than 300 percent. This has become a story of runaway success, with uncontrolled populations now threatening livestock and rural communities across the country. The delisting of the gray wolf properly returns protection of the species to state and local management agencies.

The ESA is intended to promote species recovery and delisting — not to impose permanent protected status for recovered species. Delisting appropriately reflects the success of recovery efforts, follows the science, and enables states to move forward with the active management that is necessary for balanced ecosystems.

“The gray wolf is an Endangered Species Act success story thanks to careful management and partnerships between federal and state agencies,” said Zippy Duvall, American Farm Bureau Federation President. “With the gray wolf population now thriving, it is time to celebrate this success and turn management over to the states, which can oversee the species in a way that is most appropriate for each region.”

“Cattle ranchers have continuously demonstrated their commitment to safeguarding our natural landscapes, improving biodiversity, and protecting wildlife. To support that continued good work, producers need federal species management decisions that are guided by science and fact — not misinformation and emotion,” said Ethan Lane, National Cattlemen’s Beef Association Vice President of Government Affairs. “Our coalition will continue to take every opportunity to amplify the voices of the rural Americans who live with the consequences of ESA but are far too often excluded from the discussion.”

“The decades-long recovery of the gray wolf is a testament to the commitment of communities, federal grazing permittees, state agencies, and federal partners. These efforts to undermine the final delisting decision not only discount the years of investment and careful management that led to recovery, but seek to undermine the entire species recovery framework. The Public Lands Council will continue to defend science and the process that led us to the point where wolf populations no longer need protection,” said Kaitlynn Glover, Public Lands Council Executive Director. “The personal stories submitted in this case make clear the impact that these decisions have on the lives and livelihoods of public lands ranchers and livestock producers across the country.”

“Predation is one of the largest challenges that sheep producers face, and proper management of predators is critical to avoiding these needless and gruesome losses,” said Chase Adams, American Sheep Industry Association Senior Policy Director. “Wolf populations have clearly recovered to a level where ESA protections are no longer warranted. The states can and should manage this species for the benefit of both the wolves and the sheep.”

“As Gray wolf populations increase, the science clearly supports the species’ delisting under the Endangered Species Act,” said Travis Joseph, American Forest Resource Council President. “Returning protections to state and local agencies gives public lands managers greater ability to reduce the risks of severe wildfires, insects and disease that are impacting communities and forested ecosystems. The American Forest Resource Council is pleased to join this coalition to protect multiple-use management of our nation’s public lands. This includes proactive and science-based active forest management that benefits all wildlife by providing quality habitat and forage for all species.”