Posted on 01/13/2023 Categories: Real Ranchers. Real Stories. Comments are off for this post 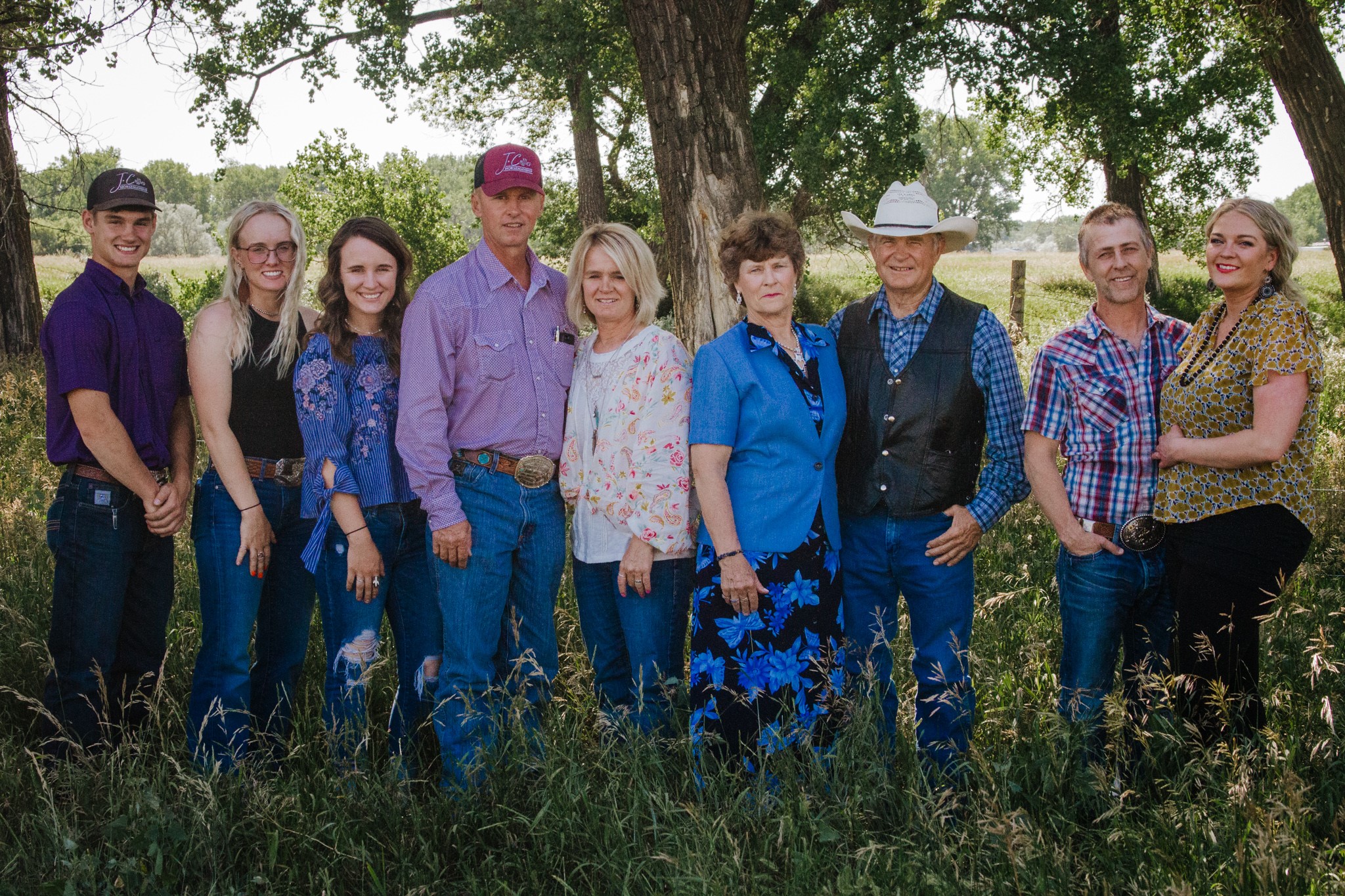 Vicki Olson’s philosophy on ranching reflects deep family history paired with a strong vision for the future of the operation – and a love for the land that sounds very familiar to many grazing permittees. “Ranchers are here for the long-haul and we are here because we love what we do,” she says. Simple as that. 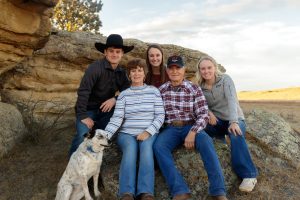 If her approach sounds familiar to many in the West, her family tree will as well. Olson’s roots cut through and follow much of the history in the region. On one side, Vicki’s grandfather was a Basque sheepherder who came to Montana at the age of 16 and began building a flock in the open-range era. That flock would provide the base for an operation that he was able to sustain and grow, even through the Great Depression. He and his wife lived on the Missouri River and were forced out by flooding when the Fort Peck dam was built. On her other side, Olson’s grandmother came out West from Pennsylvania as a homesteader. Vicki’s family, the Oxararts, put together a ranch unit at Malta, MT on both private land and leased BLM parcels. “My ancestors created this legacy on a ranch that hard-won through many ups and downs. Both of [my grandmothers] were strong women,” said Olson. “And we still have that land.” Olson herself is one of four children. Her father and uncle split the operation in 1979, and that’s when Vicki and her husband Darrell returned home to join the business.

Olson is a firm believer that when working together with family, “communication is a big key.” She also believes in the importance of the entire crew that it takes to run a successful ranch. Everyone has their own unique way of contributing to the ranch. Vicki’s husband Darrell is a very skilled jack of all trades, handling repairs and builds on the ranch in addition to being an excellent stockman. Olson often remembers her mom’s skill for estate planning and charting the path forward for future generations, which allowed the operation to transition efficiently when her parents passed.

“I believe that things are run by the people who show up,” said Olson. “That’s why I’ve worn many hats and invested time in many projects and organizations.” Olson has chaired the Montana Public Lands Council, served as president of her local association and of the Montana Cattlewomen’s association, worked as a 4-H leader for 35 years, served on the board of the Montana Beef Council, served as director and treasurer of Ranchers Stewardship Alliance, and supported her community as an EMT.

In addition to sound financial planning and the cultivation of a strong team, the Olson family invests in the future of the ranch every day by implementing a rotational grazing system. On their ranch, rotational grazing has been proven to holistically improve the health of the land. Alternating intensive grazing with periods of rest allow plants to deepen and strengthen their root systems, improving the soil health and preventing all kinds of issues from erosion to invasive annual grasses. This strong base of soil provides a cascade of benefits, tipping the next domino on everything from healthier streams to increase diversity of wildlife and birds. 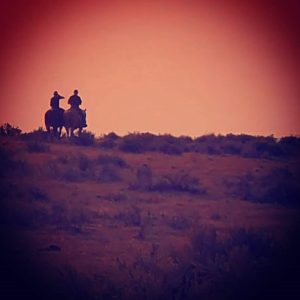 The strategy, however, is not without challenges. On federal acres, Olson has experienced difficulty getting much-needed cross fencing approved. For two years now, Malta, Montana has been suffering from the same acute drought that has impacted much of the West. Water projects are another necessary activity that Olson says can be tied up by bureaucracy at the federal agencies. They have worked hard to distribute water and improve access in multiple locations, recently completing a new water line with three tanks. Investments like these help distribute cattle more efficiently across the land, reducing stress on small patches near water sources. They also provide water for all the wildlife that move through the area and depend on these rancher-led, voluntary improvements.

“We all wear many hats and that is what keeps our world working.” 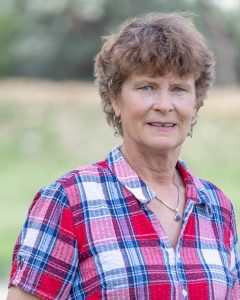 Olson serves as director and treasurer of the Rancher Stewardship Alliance, a group of thirty ranching families in northern Montana that interface with conservation groups to coordinate ranchers’ stewardship of the land and goals for effective wildlife management. What started as isolated efforts spurred by projects on Conservation Reserve Program (CRP) acres, the alliance has since grown to encompass more ambitious, rancher-led projects. On everything from water access to sage grouse nest survival, they are achieving results by encouraging sincere, two-way cooperation between scientists and ranchers with decades of experience on the land.

Despite the ecological challenges and political headwinds that can slow down the ranching industry at times, Olson is optimistic about our ability to keep pushing forward. “Yes, you have to make enough money to keep going, but it’s not about the almighty dollar. It’s about caring for the land that’s been in my family. The sincerity, you know, the fact that we feel we are doing a good job and it’s not only good for us, it’s good for the wildlife, it’s good for the range,” she said. “That’s all important. We all wear many hats and that is what keeps our world working.” 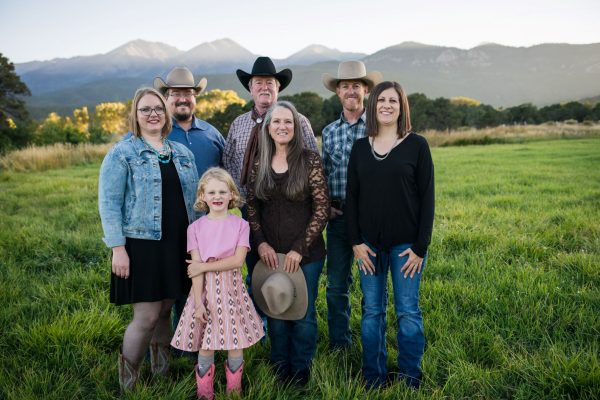 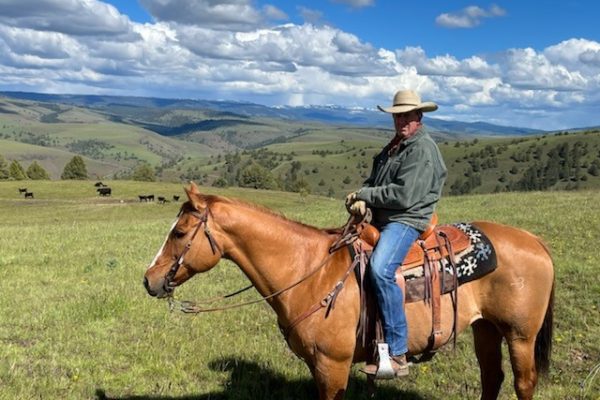 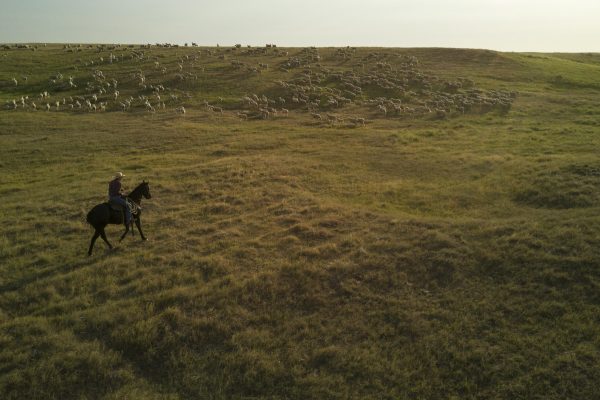